What is the optic nerve?

Optic nerve is a group of nerve fibres which carry signal from the eye to the brain. The optic nerve start from the retina passes through the eye socket, partly crosses over to the other side (chiasma) and terminates in the brain. It is visible at the back of the eye as the optic disc which is a well-defined circular/slightly vertically oval structure in the fundus with a well-defined cup and a healthy pink neuroretinal rim surrounding it. Most diseases of the optic nerve present as a change in the appearance of this disc.

What are the developmental abnormalities of the optic nerve?

- Optic Nerve Hypoplasia results from an insult during early pregnancy and presents with a disc which is small and pale. Poor vision, squint, amblyopia and other disorders such as growth hormone deficiency, neonatal seizures, diabetes insipidus etc. may be associated.

- Myelinated Nerve Fibers are the persistence of whitish appearing nerve sheath (at the optic disc) which is normally absent. It does not cause any vision abnormality and is an incidental finding.

- Morning Glory Disc Anomaly occurs from maldevelopment of optic stalk in the fetus. The optic disc resembles a morning glory flower with an excavation covered with white glial tissue and multiple blood vessels. Mild vision loss and associatedfacial defects may be seen.

There is no treatment for this developmental abnormalities. 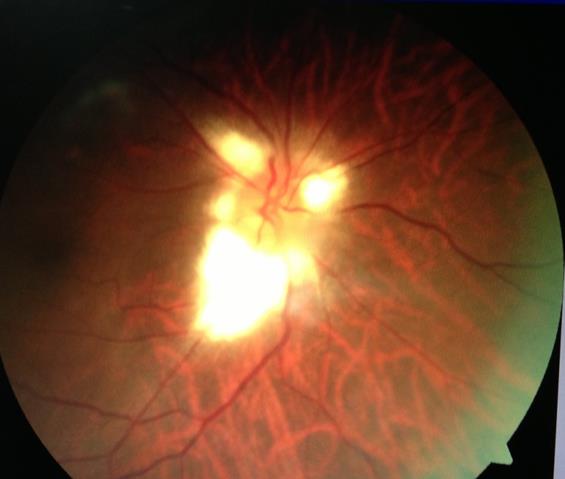 What are the hereditary optic nerve disorders in children?

Hereditary optic atrophy are diseases in which the optic disc loses nerve fibres and neuroretinal rim becomes pale. These present in first decade of life with progressive vision loss and optic atrophy. They often have a family history of optic atrophy (pale optic disc) in the parents and grandparents. No definitive treatment is available and therapy to rehabilitate the children is important. One special form called Leber’s hereditary optic neuropathy (LHON) occurs during adolescent age and has a maternal inheritance. There is moderate to severe vision loss with a defect in the central vision. No specific treatment exists. 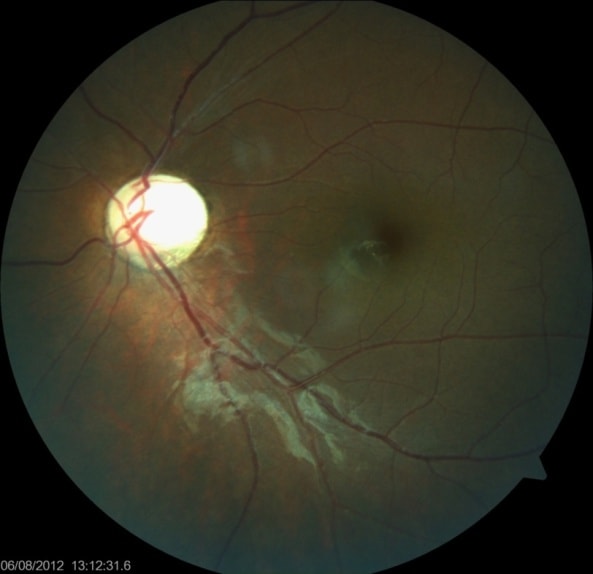 What are the acquired optic nerve diseases in children?

-  Optic neuritis refers to inflammation of the optic nerve often in association with a demyelinating illness such as multiple sclerosis. It may be either retrobulbar neuritis (where the optic disc appearance is unaltered) or papillitis (where there is swelling of optic disc). Nearly two-thirds have papillitis and are bilateral. Nearly three-fourths of optic neuritis in children is preceded by an episode of fever, often viral. Optic neuritis presents with sudden vision loss, pain behind the eyeballs and alteration in color vision. The overall outcome for optic neuritis in children is good though worse than that for adults. Conversion into multiple sclerosis is seen in 10% of the cases. Investigations which may be needed include some blood tests, eye tests (visual evoked response) and an MRI. Treatment involves giving high dose pulse intravenous steroids.

- Papilledema is swelling of the optic disc secondary to raised pressure in the brain (intracranial pressure). This may in turn be due to a mass in the brain or hydrocephalus or pseudotumor cerebri (without a cause). Papilledema causes transient intermittent decrease in vision or in late stages a permanent vision loss. It may causes defects in the visual field (expanse of vision seen around us) and is association with headache. The optic discs are swollen and may have associated hemorrhages and yellowish exudates around them. An urgent evaluation for cause of raised intracranial tension should be done including an MRI and lumbar puncture (removal of fluid from the spine to check its pressure).

- Optic neuropathy/atrophy may sometimes occur in the absence of genetic defects due to various conditions. These include hypoxic ischemic encephalopathy (less oxygen reaching the brain at birth or later), tumors (glioma of the optic nerve, craniopharyngioma etc.), toxicity (due to anti tuberculosis medications, paints, heavy metal poisoning etc.), trauma and brain infections (meningitis, encephalitis). All these forms of optic neuropathy present with vision loss in either one or both eyes. Treatment is dependent on the cause. 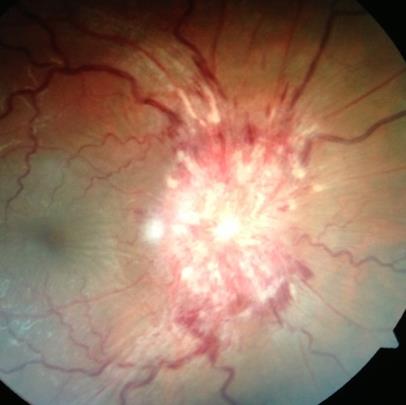 What is cortical visual impairment?

In some infants or children, there may be normal ocular structures, normal pupillary reactions and normal fundus with significant vision loss and no cause for amblyopia. This usually falls into the  category of cortical vision impairment. The only definite abnormality seen in such cases would be an abnormal visual evoked response and changes on MRI. Cortical visual impairment may be congenital or develop later due to brain infarct, blocked shunts or trauma. No specific treatment exists.