What is retinopathy of prematurity (ROP)?

Retinopathy of Prematurity (ROP) is an abnormality of the immature retina  thought to be caused by the use of oxygen therapy in premature infants.

How common is ROP?

It is on the rise in India as health facilitates are improving and more premature low birth weight babies are surviving. It is a vision-threatening condition in premature infants despite significant advances in neonatal medicine and ophthalmic care. The overall incidence of ROP in India varies from 20% to 52%.

How does ROP develop?

ROP is a biphasic disease with an initial phase of blood vessel loss in the retina followed by abnormal vessel proliferation. In the  human  fetus, retinal  blood  vessel  development begins in the central part of the retina during the 4th month of gestation and reaches  the ora serrata (the  most anterior  aspect  of  the  retina)  just  before  term. Hence, in infants born prematurely, the retina is incompletely vascularized, with  a peripheral  avascular  zone, which persists if high level oxygen therapy is given. This non-vascularized retina becomes increasingly metabolically active without a blood supply and induces formation of new vessels (neovascularization) which are leaky and can cause tractional retinal detachments leading to blindness. 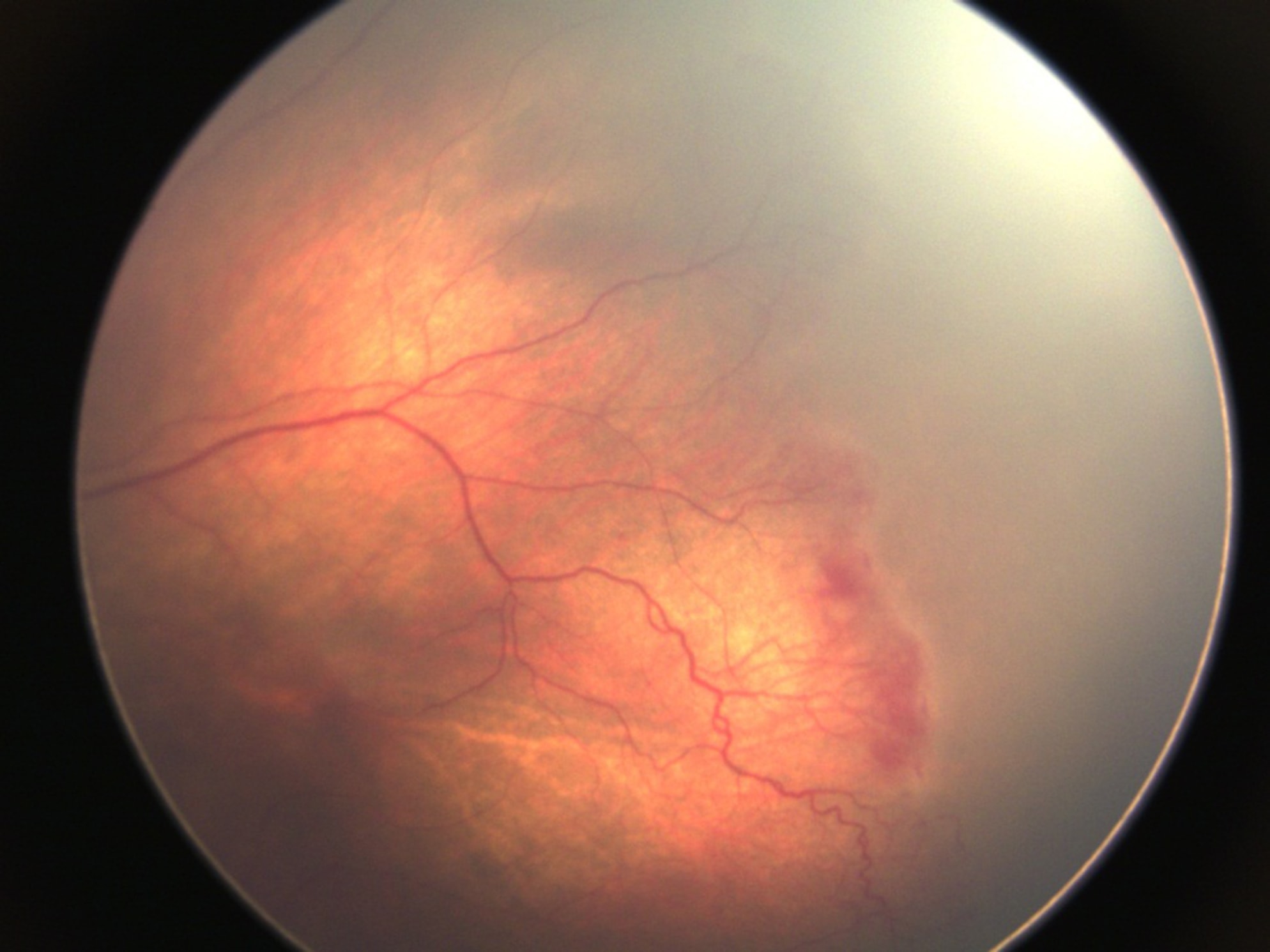 Fundus photograph of a case of retinopathy of prematurity. Notice how the blood vessels abruptly stop and upper right part of retina is greyed out.

What are the risk factors for ROP?

Risk factors for ROP include: Prematurity (infants born under 32 weeks gestation), High levels of supplemental oxygen, Weight less than1500 grams (the lower the birth rate, the higher the risk), concurrent illnesses, Intra ventricular hemorrhage (bleeding into the brain), anemia, seizures, low heart rate, need for blood transfusions and delay in child breathing (apnea). Mothers who are heavy smokers, diabetics and had preeclampsia have a higher risk of babies with ROP.

When should a child be screened for ROP?

ROP screening is recommended in the following group of newborns:

· Babies born at ≤32 weeks of gestation

· Selected preterm infants with a birth weight between 1500 and 2000 g or gestational age of more than 32 weeks with sickness like need of cardiorespiratory support, prolonged oxygen therapy, apnea of prematurity, anemia needing blood transfusion and neonatal sepsis or believed by their attending paediatrician or neonatologist to be at high risk.

The first screening examination should be carried out at 31 weeks of gestation or 4 weeks of age, whichever is later.

How is ROP screening done?

How is ROP classified?

ROP is classified by anatomical zones, clock dial like location within the eye and stages of severity.  Zone 1 is the center of the retina while zone 3 is the far peripheral retina. Stage 0 is the mildest form of ROP while Stage 5 is the most severe indicating total retinal detachment.

Can there be other eye problems associated with ROP?

ROP can be associated with corneal problems, cataracts, glaucoma, nystagmus (Wriggley eye movements), refractive errors along with the retinal changes and retinal detachment.

What is the treatment for ROP?

The ideal treatment of ROP is prevention. This can be done through good prenatal care to prevent premature deliveries and good neonatal care with monitored oxygen therapy and control of other risk factors in premature babies.

Once ROP has developed, treatment includes cryotherapy (freezing of the retinal tissue) or laser therapy of the retina. Both therapies work by destroying a small part of the retina, thus reducing the need for oxygen and abnormal blood vessel growth. If a retinal detachment occurs, eye surgery is needed. This could be either scleral buckling (a band is placed around the globe of the eye) or vitrectomy (instruments are used to remove the vitreous gel from the eye and reposition the retina). In advanced stages of ROP, sometimes it is not possible to do any intervention to regain vision. Due to the difficulty of performing these surgeries on the small eyes of premature infants, these surgeries are usually performed only by a small number of specialists.